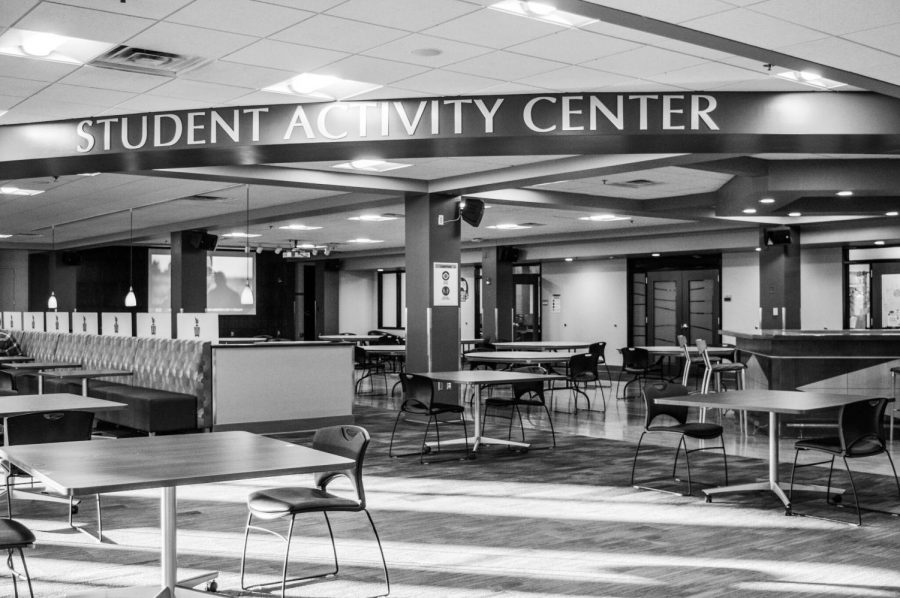 Winona State will be celebrating and organizing Women's History Month throughout March by helding virtual events. The month’s keynote will come on March 30 featuring Loretta Ross who will be discussing reproductive justice beyond the topics of access to abortion and pro-choice/pro-life discourse.

The month of March is recognized as Women’s History Month and, as it has for many years, Winona State University will be recognizing and celebrating with several events throughout the month.
Kicking off the month’s events, the university’s Women’s, Gender and Sexuality Studies and Communication Studies Departments are co-sponsoring the screening of “Warrior Women”, a film centered around the story of Madonna Thunder Hawk, a leader of the American Indian Movement (AIM), exploring the balance of motherhood and the AIM.
“Warrior Women” will be screened via Zoom on March 3 at 7 p.m.
Next up on March 16 from 7 to 9 p.m. via Zoom, co-sponsored by the History, Communication Studies, Women’s Gender and Sexuality Studies, the Office of Equity and Inclusive Excellence Departments and the WSU Foundation, will be a discussion with Linda Legarde Grover, a professor of American Indian studies at the University of Minnesota-Duluth.
Grover is also a member of the Bois Forte Band of Ojibwe and a novelist. Grover’s novel, “The Road Back to Sweetgrass”, received multiple awards after its publication in 2014. Grover also authored “In the Night of Memory” in 2019.
The month’s keynote will come on March 30 featuring Loretta Ross who will be discussing reproductive justice beyond the topics of access to abortion and pro-choice/pro-life discourse. Ross will discuss reproductive justice as a broader term that uses a human-rights framework, looking at rape culture, sterilization abuse, immigration restrictions and more.
Mary Jo Klinker, an associate professor of women’s, gender and sexuality studies, has also previously lectured on the importance of understanding how prisons, police and state violence impact the ability of families to raise their children in safe and healthy environments.
“Intersectionality is an analytic framework which exposes interlocking systems of power,” Klinker said. “Using intersectionality as a lens to examine power explains how state violence and mass incarceration are reproductive injustices.”
Klinker also spoke highly of the upcoming keynote speaker.
Klinker described Ross as “the leading scholar of reproductive justice” and noted the “importance of her lecture” in this year’s lineup of Women’s History Month events.
“In 2017, Loretta Ross and Rickie Solinger’s “Reproductive Justice: An Introduction” explain[s] that reproductive justice goes beyond the pro-choice, pro-life debate and has three primary principles: the right not to have a child; the right to have a child; the right to parent children in safe and healthy environments,” Klinker said.
Finally, the annual Take Back the Night event will be back in action on April 15 at Central Park in Winona.
Co-sponsored by the Department of Women’s, Gender and Sexuality Studies and the Advocacy Center of Winona, Take Back the Night is an event that focuses on raising awareness surrounding the issue of sexual violence in the community.
At this year’s Take Back the Night, there will be a brief informational session on gender-based violence in the community where audience members will then be invited to participate in a march.
The march will begin at 5:30 p.m. Participation may be on foot, via bike, or car, or virtually through Facebook Live.
Sydney Dumond, a fourth-year student studying organizational communication alongside women’s, gender and sexuality studies and child advocacy studies, said her favorite event the university has held in celebration of Women’s History Month in previous years is the Take Back the Night event.
Dumond also said she believes the easiest way for Winona State students to celebrate Women’s History Month is by simply listening to the stories of women.
“I think that the easiest way for WSU students to celebrate Women’s History Month is by listening to women and learning about the things that women have gone through,” Dumond said. “As we come to the end of Black History Month, I also think it is important to specifically listen to Black women and women of color during this month as they are at the very heart of the women’s rights movement.”
Dumond is also President of the Winona State Students for Reproductive Justice club.
Dumond said the club will also be hosting a movie event, as well as their two regular meetings, during Women’s History Month to highlight topics they feel are important.
“The first [club meeting] will be an activist plan with Planned Parenthood and then the second [club meeting] will be some history about Women’s History Month,” Dumond said.
However, there was some confusion as to if, and what, the university would be doing in celebration and recognition of Women’s History Month, since the university’s event calendar had not been updated as of March 1 to include any of the planned events.
“I think that with COVID it has been a lot harder for the university to get events planned and advertised,” Dumond said. “This is no excuse for [Winona State] having none published currently when we are only two days away from March.”
Katie Subra, grants specialist and previous director of the recently dissolved English Language Programs, has been involved with Winona State’s yearly “theme” for several years.
“In the past, International Services has done an event [for Women’s History Month], but they will not be doing one this year. At this time, the theme is not featuring any Women’s History Month events,” Subra said.
However, Subra credited Tamara Berg, a professor in the Department of Women’s, Gender and Sexuality Studies, for recently sharing information on the events the department will be co-sponsoring for Women’s History Month.
Berg’s senior seminar class also partners with the Take Back the Night event, according to Klinker.
Subra said she mentioned Women’s History Month to the university’s “theme team” on Feb. 26, so there may be some sort of recognition coming from the theme team in March.