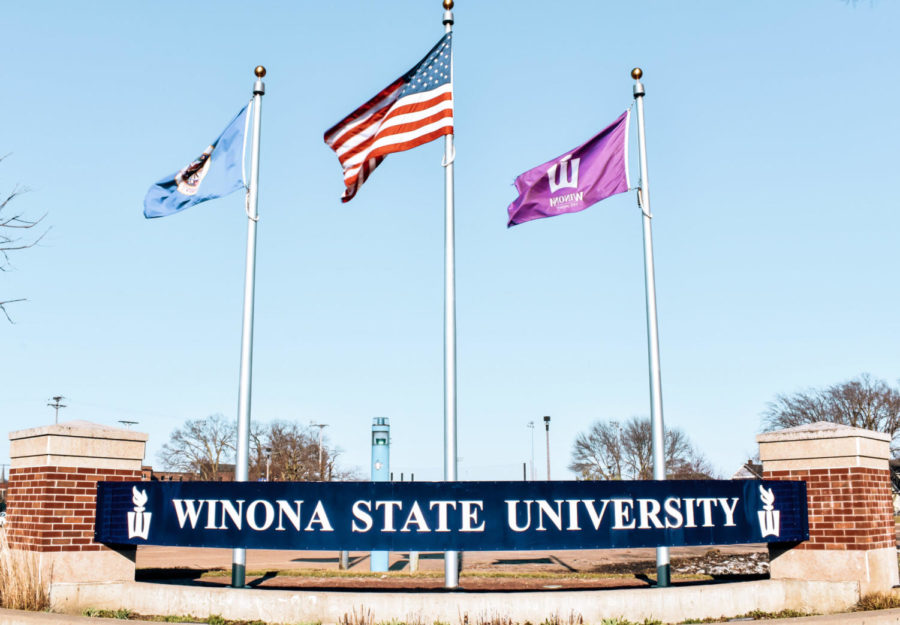 On March 18, an email was sent out by Winona State University’s Office of Equity and Inclusive Excellence condemning Anti-Asian Pacific Islander (AAPI) hate crimes in the wake of a spike of incidents during COVID-19.
The email, titled ‘Condemning Anti-Asian American Pacific Islander Hatred and Violence’, stated AAPI violence is “unacceptable and has no place in the inclusive community that we strive to create at Winona State University.”
The email also recognized the recent shooting in Atlanta where eight people were killed, six of whom were of Asian descent. The shooting sparked outrage and discussion around racism against and the sexualization of Asian-Americans.
Since the start of the pandemic, Asian people have been targeted and blamed for “bringing COVID” to the United States, which has resulted in increased verbal and physical assaults against them.
However, prior to COVID, Asian American racism was not an irregular or new concept.
The history of racism against Asian Americans includes the use of slurs, over-sexualization, as well as offensive cultural and physical depictions.
More than 1,800 racist incidents against Asian Americans were reported between March and May of 2020, according to a United Nations Report.
According to NBC, Asian American hate crimes have spiked 150%.
Visara Sok, a second-year biology: allied health major who is also Secretary of the Asian Student Nation (ASN) club at Winona State, spoke about how she is treated at the university.
“When I was a freshman, I was really depressed because I did not feel like I belonged at Winona State. I had white friends, but I didn’t really connect with them. I almost transferred until I got into ASN and that felt like a really safe place,” Sok said.
Maikou Vang, a first-year nursing student, agreed with Sok, saying there are not many resources for Asian people at Winona State.
“I think the experience at Winona State for Asian Americans would have to be that there isn’t much. [Hmong American Student Association] HASA has sort of ended and there is only one Asian American club left,” Vang said.
Sok explained how she had to defend and justify her ethnicity because of people calling her white.
“I’ve been told once that Asian people are white, or that they “don’t see race”. It’s always been that I have had to justify my ethnicity. Or, on the other hand, a couple of my friends have been
told, “go back to your own country,” Sok said.
Weidong Zhang, a professor of global studies and world languages at Winona State, talked about racism and racist remarks he has heard while on campus.
“I heard some anecdotal stories in the previous years that some international students were yelled at, “get out of our country”, when they were walking back to their apartment at night by some drunk folks off campus,” Zhang said.

Zhang has also personally experienced another instance of racism, this time via Zoom.
“I was attending an online vigil organized by Asian American groups in New York City. Many religious leaders and Asian American community members around the country attended the virtual vigil and offered prayers and supports. At this meeting, a racist troll broke in and shouted some racist rant and “F-word” to close to 500 attendees in the Zoom room and left the whole room shocked,” Zhang said.
Vang explained how Asian racism has gotten worse over the years and specifically during the last year because of COVID.
“Trump has stated that COVID-19 came from China and ever since that, many people have started hate on Asian Americans. Over the years, it has gone from just squinting their eyes, to now killing Asian Americans,” Vang said.
Sok also explained why she thinks Asian racism isn’t getting much media coverage.
“Just like the BLM (Black Lives Matter) movement, I feel like people need to discuss Asian racism until important people start listening. Then, hopefully, we won’t have people just doing performative activism and it’ll finally be worth something,” Sok said.
Vang also spoke on why she thinks Asian racism has not been regularly discussed in American media.
“I think the reason why Asian racism has not been getting media coverage is because, if it doesn’t involve white Americans, they don’t care about what’s happening. I think the media should be fair and be able to get Asian racism into the media as much as the other races,” Vang said.
According to Zhang, the number of Asian students at Winona State is only 3%, while the number of Asian professors is fewer.
“According to Fast Facts 2020-2021, 3% of our students on campus are of Asian descent, 16.8% of our student body are students of color. The percentage of faculty of color on campus is much lower [than] that of students of color on campus,” Zhang said.
Vang explained how Winona State could help Asian students feel safer at Winona State, including the extreme lack of Asian American clubs.
“I think WSU should have more Asian American clubs and have a day where everyone just appreciates Asian Americans and the other minorities,” Vang said.
For immediate needs, Vang suggested that Winona State presents a speech on what is going on to have a more personable, straight-forward approach to starting that conversation with students.
“For right now, I think WSU could give a presentation or speech about Asian Americans and be able to understand what’s going on at the moment and give news about what’s happening in the society instead of just emailing us about it or just doing nothing about what’s going on within the society,” Vang said.
If students and citizens want to learn more about Asian racism, Asian Student Nation is hosting a visual event, “The ASN Outlook”, on March 31 at 5 p.m. via Zoom.
The event is open to the Winona State community and is an accessible and free opportunity for others to learn and discuss what it is like to be Asian in America.