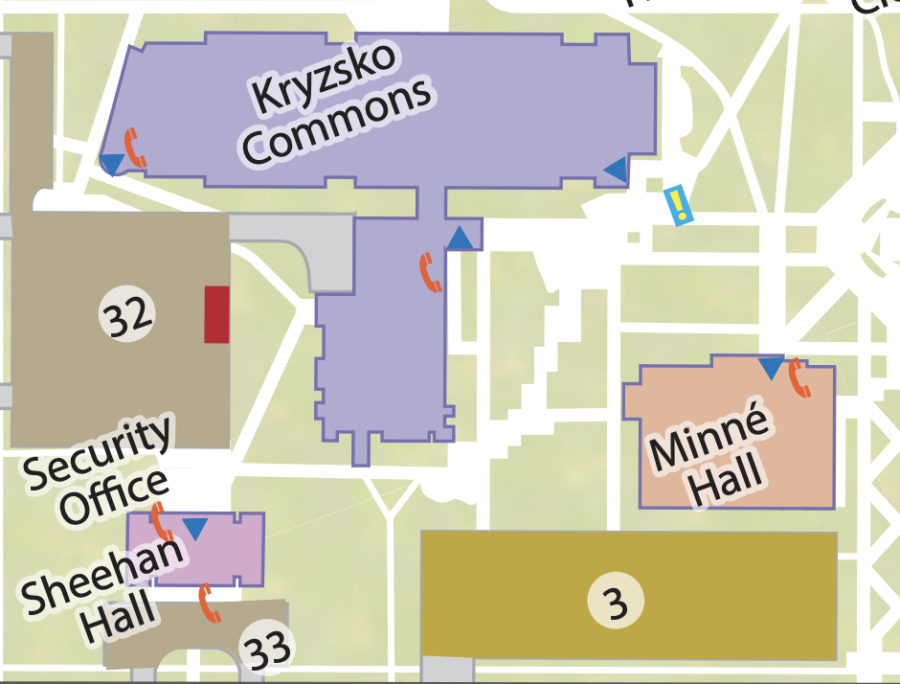 On March 25, an email was sent out to Winona State University students regarding a catalytic converter being stolen off of a vehicle in one of the campus parking lots in broad daylight.
The crime took place in the parking lot in front of Kryszko Commons and Minné Hall on main campus.
The victim was presumed to be a student based on the report initially given to Winona State security.
The victim went out to their vehicle and smelled gasoline, then noticed the vehicle was making an unusually loud sound once it was started.
Chris Cichosz, head of security at Winona State, said the smell of gasoline and loud noises was indicative of something being removed from the vehicle.
Cichosz and the victim checked the car and found the catalytic converter had been cut off, likely by a power saw.
Along with the email alerts about the incident, Winona State security also said this type of crime has seen an increase in reports within surrounding communities the past few months.
“These types of thefts are really common in the Twin Cities but this was the first in Winona to our knowledge,” Cichosz said.
Cichosz said it is important students park their cars in well-lit areas on campus.
Winona Police Department Sargent Nick Quimby, who is leading the investigation into the missing converter, said there is little that can be done to stop these types of crimes.
Quimby said in most cases, the criminal is in and out, removing the converter in just three minutes.
“This is the first case of catalytic converter theft in the town of Winona. We have seen trends of theft in Rochester, Olmsted County and even in the Twin Cities. In fact, it has been fairly prevalent all over the United States of America,” Quimby said.
Quimby and Cichosz said the reason these types of thefts are prevalent is because of the metals inside the device, which are very valuable and can be sold on the black market.
“In some cases, the metals within these catalytic converters are five times the value of gold; That’s why catalytic converters are being stolen so often. They then get sold on the black market for profit,” Quimby said.
Quimby said the best advice he can give students is to check in with a mechanic and talk with them about how theft like this can be prevented.
In some cases, mechanics can install a piece of metal that allows for the catalytic converter to be locked in place, preventing thefts.
“While we recognize that this may be a one-time thing that happens on campus, it is good to be prepared for the attempt of someone doing this again,” Cichosz said.
Cichosz also said Winona State security is going to be increasing their patrols on campus in areas where students may be most vulnerable to crimes like this.
Cichosz said the best way to prevent yourself from being a victim of this type of crime is to drive your car regularly and not letting it sit for weeks on end.
The main warning sign of a missing catalytic converter is the sounds a car makes when it is started, as was an evident sign in this incident.
If the car continues to make a loud roaring noise whenever pressure is applied to the gas pedal, then there is a high likelihood the catalytic converter is missing.
“We believe students shouldn’t have to worry about their catalytic converter being stolen if they take the precautions that they can,” Cichosz said.