ZaZa’s to reopen by spring semester 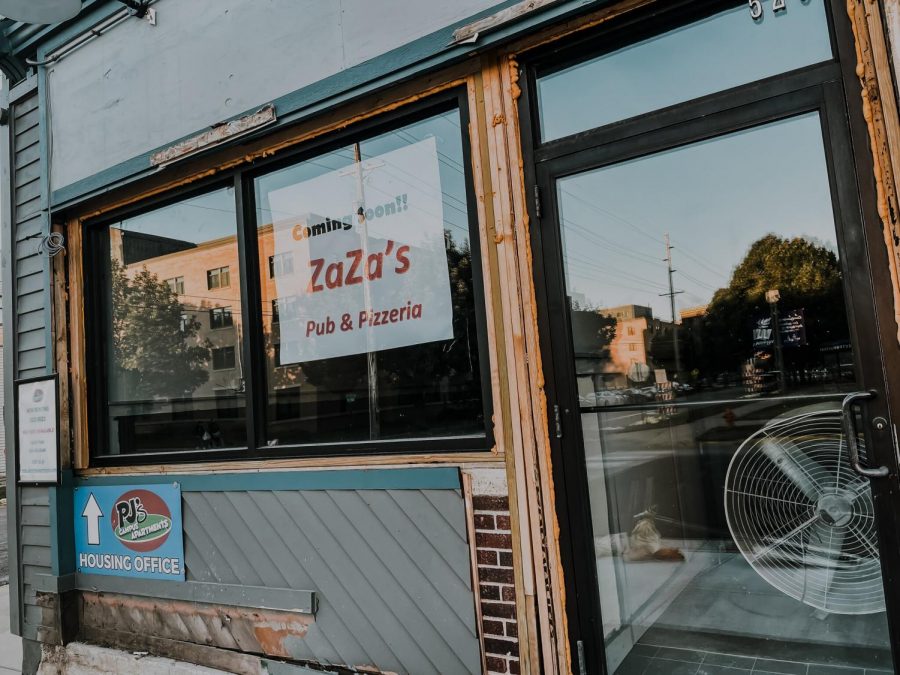 Recently a sign has been placed on the front door of ZaZa's Pub and Pizzeria across from Winona State University's campus. John Sinniger, director of dining services at the university, along with his wife Carolyn Sinniger, now own the "new" ZaZa's.

On Aug. 24, 2020, Winona’s ZaZa’s Pub and Pizzeria posted on their website a fire had taken place inside their restaurant causing damage to the interior of the building. Since then, the restaurant has been temporarily closed and under construction.

“This goes without saying and we’re crushed we have to do this, but we will be closing temporarily. We’ll use the time to address dam- age head-on, clean-up, rebuild, and open as soon as week can,” Corey Default, ZaZa’s general manager at the time, said.

Recently, a sign has been put on the front door of ZaZa’s stating the restaurant will reopen soon. This has sparked many rumors in the Winona community.

Many people have confused the reopening of ZaZa’s and the opening of a new restaurant in town called Sliced, which is run by the previous owner of ZaZa’s. But under a new owner, ZaZa’s is reopening just as it was prior to the fire that shut it down.

John Sinniger, the director of dining services at Winona State University, along with his wife, Carolyn Sinniger, now own the “new” ZaZa’s. Sinniger’s position at Winona State will remain, but he is excited for his new role in the restaurant business.

Sinniger said ZaZa’s will reopen in either December or January, but either way, students can look forward to the restaurant open for second semester. Applications for all job positions at ZaZa’s will open this October.

ZaZa’s will be in the same location as before the fire, which is located on Huff Street across from campus and Sheehan Hall.

Annabelle Sachs, a second-year student studying mass communication with a double minor in public relations and creative digital media, talked about her thoughts on ZaZa’s reopening.

“I didn’t get to go to ZaZa’s prior to last year’s fire since it was the second day of school last year. I had heard good things about Za- Za’s in the past and wanted to go but never got the chance. I am so excited to be able to go,” Sachs said.

Sinniger also talked about the differences the new ZaZa’s will have, but for the most part, he is sticking to the traditional ZaZa’s that community members know and love.

“We are reinventing [the building] from scratch, so we are trying to keep it as true to ZaZa’s as possible. We’re going to have a lot of TV’s and sports memorabilia inside, including Winona State pride. We really want this to be a place where people feel energized and have fun,” Sinniger said.

Sinniger also said that people should expect a lot of aspects of pre-closed ZaZa’s, like the same beverage specials, same name and same location. He said he and his wife are “not trying to invent the wheel” with the upcoming reopening.

“The opening date has changed a lot due to the pandemic and we still don’t know how this pandemic will change things, which all restaurants feel the same in this aspect,” Sinniger said.

Sinniger said he is very excited for the reopening of Za- Za’s and hopes the pizzeria will be a place of comfort for everyone in Winona.

“We wanted ZaZa’s to be a gathering place for the people in this community,” Sinninger said. “Where people can come over and watch their favorite game or show and enjoy themselves.”