Music in Review: ”Life of a Don” 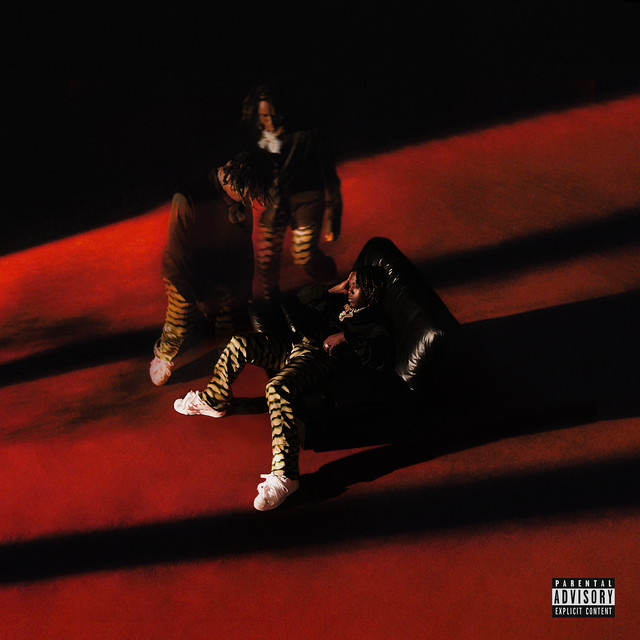 Don Toliver is an up and coming hip hop and R&B artist from Houston, Texas. Toliver has been making waves on the scene recently on a wide variety of performance and production credits for artists spanning from Travis Scott, Lil Uzi Vert and Kanye West.
Toliver’s music trends towards a melodic, smooth, psychedelic hip hop reminiscent of a rapping Thundercat crossed with more hypnotic trap elements of fellow Houston artist Travis Scott, whose “Cactus Jack” label imprint Toliver is signed to.
“Life of a Don” is Toliver’s second studio effort, following his album “Heaven or Hell” released in 2020, preceded by mixtapes in 2017 and 2018. Toliver also collaborated with Travis Scott, Sheck Wes and Luxury Tax on the underwhelming “JackBoys” project in 2019.
“Life of a Don” also comes after some of Toliver’s most prominent feature performances, including a collaborative track with Skrillex and Justin Beiber, as well as a gorgeous vocal performance on Kanye West’s “Donda.”
Running at 51 minutes, this is Toliver’s longest and most ambitious release yet, with features from Kali Uchis, Baby Keem, SoFaygo, HVN, and two features from mentor Travis Scott. “Life of a Don” is a nocturnal, hedonic melodic trap album detailing the classic rap rockstar lifestyle.
The beats on “Don” are fantastic and detailed with a great match with Toliver’s style and persona. Clearly a lot of money and industry connections were applied, with production help from DJ Mustard, Metro Boomin, Sonny Digital, Hit-Boy, Mike Dean, Cardo, and Travis Scott. “Drugs N Hella Melodies” features a beautiful beat from DJ Dahi, with amazing harp arpeggios, mini cymbals, and a powerful guitar solo, sounding like a hypnotic music box mixed with a nursery song, a real highlight on the album.
However, despite this level of production, Toliver fails to measure up on performance on several tracks, often sounding replaceable with any industry auto crooner. Notably, Kali Uchis blows him out of the water on “Drugs N Hella Melodies” with Toliver sounding raspy and poorly mixed relative to Uchis’ beautiful and sultry performance.
The few moments where Toliver raps on the album aren’t outwardly awful, but they’re never really impactful other than to demonstrate Toliver is capable of rapping. Lyrically, Toliver spends much of the album whining about his relations with women and hedonistic relationship with drugs and fame.
This album also suffers from a massive quality gap between high profile tracks and singles and some of the stretches in between them. The tracks following the solid lead single “What You Need” are a particular drought. “Double Standards” essentially sounds like a Drake cover, “Swangin’ on Westheimer” wastes another great beat with nearly 5 minutes of underwhelming autotune singing, followed by the fantastic “Drugs N Melodies”, immediately followed by the half-baked “2AM”, one dimensional “Get Throwed”, and the gratingly sung “Company Pt. 2” before coming to “OUTERSPACE” with Baby Keem. “OUTERSPACE” is the type of performance I wish there was more of on this album. Baby Keem phones in the first half of his verse, but the beat switch afterwards is fantastic, and features Toliver’s best performance of the album. An 80’s style synth interlude punctuated by some solid singing from Toliver morphs into a booming trap beat with a great performance from Keem, followed by an epic Yeezus esque guitar outro.
This is followed by the nearly unforgivable “Smoke” with a wonderfully playful beat ruined by the laziest hook I have ever heard, which is just the word “smoke” repeated 16 times. I understand this on a mixtape from an up and coming artist, but from a rapper signed to Atlantic Records with a budget of millions of dollars, this is unforgivable. Even the relatively memorable features are completely unable to redeem the anemic hook of the track.
“Life of a Don” is essentially the portrait of an artist being painfully average. Throughout the album Toliver lives in Travis Scott’s shadow in terms of sound and charisma, especially on the tracks where Scott is featured, as well as the track “BOGUS” which comes off a bit like Toliver’s best try at imitating Scott’s signature style, to no real avail. While the beats on “Don” are fantastic, the features are a pretty mixed bag, and Toliver just fails to stand out or be memorable in the starring role on really any track. This leaves the album sounding a bit like the Great Value “ASTROWORLD,” which I find deeply disappointing from a promising young artist like Toliver. I can’t see myself returning to this album or really having any future interest in Toliver’s music after this big of a letdown. I rate “Life of a Don” 2.5 of 5 stars.