Tenured professor receives student criticism over language in their syllabus 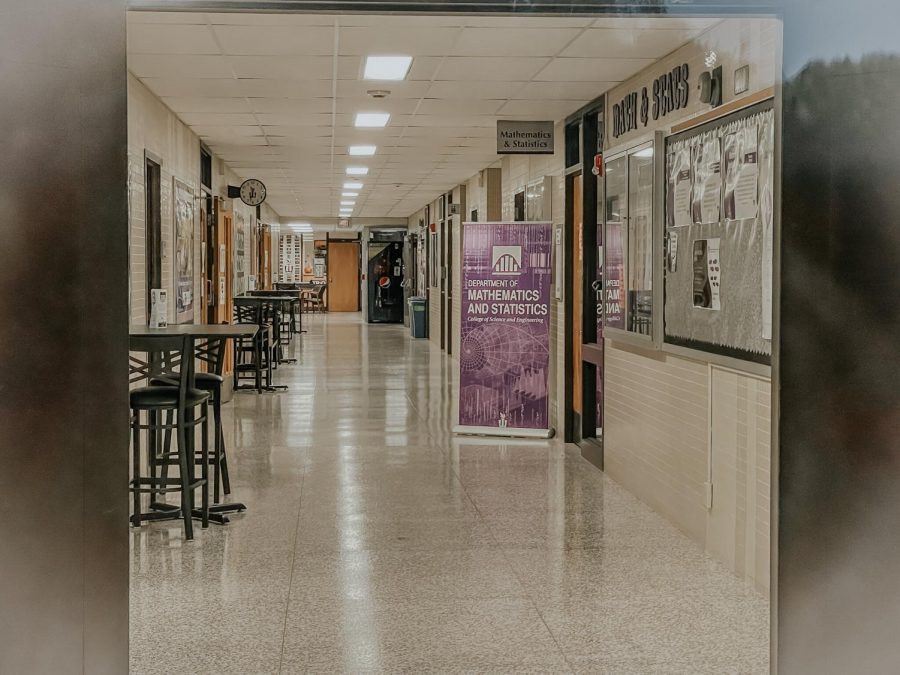 Professor Barry Peratt, who has been tenured at Winona State University since 1996, has received criticism from students for verbiage in his course syllabi and personal website. Most of the criticism has come from “the LGBTQ+ community” according to Peratt, but from others too. Peratt has revised his syllabi over several school years, maintaining his “personal belief system” in which he “strive[s] to treat all members of the human family with fairness and respect,” but rejects affirming the worldview of others in which he would have to suppress his own.

Barry Peratt, a math professor at Winona State University, has recently received criticism from students for controversial language in his syllabus and personal website.
His personal website, which contains three sections, titled, “Personal Data”, “Course Materials” and “My Worldview” contains Peratt’s personal religious and political views along with the course homework in his classes.
In the section titled “My Worldview,” Peratt discusses the hostility he feels he has encountered due to practicing Catholicism while being a professor at Winona State. He stated some people deem his point of view to be “too religious” and censor him and others like him due to this.
“In an environment of people who claim to be ‘diverse’ and ‘tolerant,’ such a bigoted attitude is blatantly hypocritical and very anti-intellectual. I have experienced this at WSU, mostly from the LGBTQ+ community, quite frankly, but from others as well,” Peratt said.
Peratt dove further into what he meant by this statement, explaining how the majority of people who he feels have mocked his religion in the past hold liberal and pro-choice views.
“The bigotry I have experienced has been from people in the LGBTQ+ community, secular feminists and pro-choice individuals. They have not only stood against my beliefs, which is fine, but against my right to freely express them, which is bigotry,” Peratt said.
Peratt further explained what the mentioned individuals have done to show their opposition of him freely expressing his religion.
“Pro-choice individuals have proven to be particularly aggressive, disrupting peaceful prayer vigils such as the Life Chain with vulgar chants and lewd gestures, mocking the Rosary or the Blessed Virgin, screaming at my 10-year-old daughter that her mother doesn’t love her, erasing chalked messages from the pro-life group, etc.,” Peratt said.
Peratt also explained why he thinks the LGBTQ+ community have a hatred of his religious points of view.
“I believe that, to them, there are certain points of view which must never be challenged or even questioned. If my religion did not present a vision of human sexuality that differs from their own, I don’t believe members of the community would be so hostile to it,” Peratt said.
Peratt’s syllabus for Spring 2021, which he has now since updated, contained his “rejection of gender totalitarianism” in which he discussed his rejection of the “modern gender theory.”

“By gender totalitarianism, I mean the notion that the currently popular version of gender theory is the only correct way to view human sexuality, and that any dissent from this view is necessarily motivated by ignorance, hatred, and bigotry and should therefore be suppressed,” Peratt said.
Peratt explained fully why he decided to put this viewpoint on his syllabus.
“I decided to address this issue head on so that those students might understand that their ideas, too, should be part of the “diversity” we claim to value at WSU. I eventually made clear in my syllabi that I reject the notion that any challenge to LGBTQ+ ideology is homophobic or transphobic and believe these terms are often weaponized to exclude, from public discourse, challenges to the dominant cultural narrative on human sexuality,” Peratt said.
Mayme Nelson, a fourth-year student marjoing in communications: arts and literature teaching and minoring in ethnic studies, communication and teaching English as a second language, who is also the Vice President of the Full Spectrum club at Winona State), talked about how students might feel after reading Peratt’s syllabus and website.
“I think on one hand, it’s good to know that this professor would not be a safe space for LGBTQ+ students, but on the other hand, it is disappointing that a professor would still be this hostile to an entire group of students,” Nelson said.
Nelson then commented on how she will “definitely” be bringing up this professor in a negative light to her club members.
Peratt then explained that he does not believe in safe spaces, claiming that they produce “emotionally fragile” individuals.

Peratt further explained that he views Winona State as a very liberal college, which creates an “appalling lack of intellectual diversity” on campus.
“When was the last time the Office for Inclusion & Diversity promoted a conservative Black leader like Candace Owens or Larry Elder, instead of an anti-racist, to provide perspective on race relations in this country?” Peratt said.
First-year undecided studies student, Madison McClure, also commented on Peratt’s view that the LGBTQ+ community is censoring his religious beliefs.
“I think this is a waste of freedom of speech, but it is freedom of speech,” McClure said. “I’d like to use my own freedom of speech to explain to [Peratt] that perhaps the LGBTQ+ community bristles a little at the mention of the very religion that many have used as an excuse to judge and hate them,” McClure said.
Peratt has had tenure since 1996, which means he is a permanent faculty member at Winona State. Being tenured, such professors and faculty members will have job protection, except under extreme conditions such as crime involvement or financial obligations.
Vice President for Enrollment Management and Student Life at Winona State, Denise McDowell, explained that Peratt’s website and syllabus count as “freedom of speech” and as long as a professor’s personal views do not interfere with their job responsibilities, they are free to “voice their views.”
In Winona State President Scott Olson’s “The Nature of Free Speech and Responsible Speech” made in 2018, he explained the speech values at Winona State.
“We hope to create an environment where the First Amendment thrives. Our shared commitment to free speech means that we will all encounter ideas with which we do not agree, and even ideas we find offensive, shocking and troubling,” Olson said.
Olson encouraged students to use their freedom of speech and if they were to find something offensive, to make sure to be responsible with their words.
“Generally, the best response is more and better speech. If you hear an idea with which you don’t agree, use your freedom of speech, press and assembly to respond. Please be reflexive and mindful of the consequences of your own speech,” Olson said.
Students at Winona State continue to voice their support or opposition to individuals and events held on campus in various ways, including the advertised upcoming protest against the WSU College Republicans Club’s speaker event on Thursday, Oct. 21. The event, highlighting PragerU Ambassador Amala Epkunobi, is being protested against by more than one club at the university, including the WSU College Democrats Club.