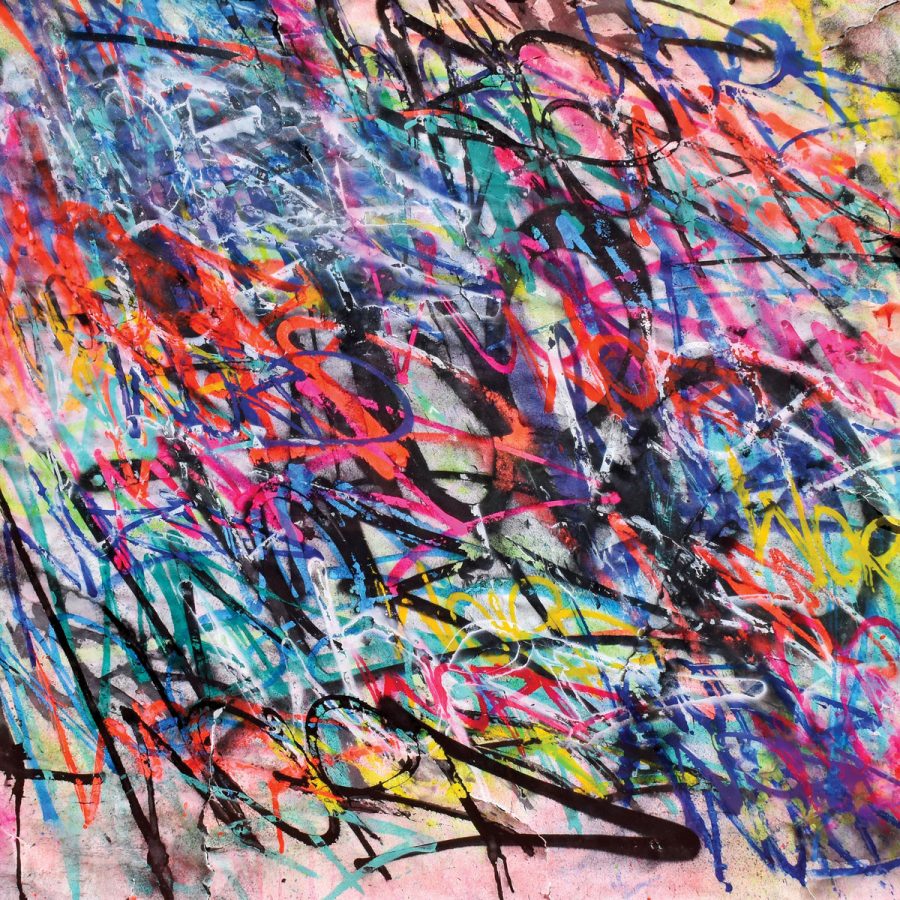 Minneapolis hip hop duo Atmosphere is Twin Cities royalty. Consisting of rapper Slug (Sean Daley) and producer Ant (Anthony Davis), the duo has been rapping longer than most college students have been alive, beginning in 1996 and seeing their first studio release in 1997 with “Overcast!”. It is impossible to mention Atmosphere’s impact without mentioning their affiliate label “Rhymesayers” functioning as a nucleus for much of Minneapolis and midwest hip hop as a whole.
As a group, Atmosphere has released 11 albums, with their 12th, “Word?”, being released Oct. 8, 2021. The duo previously released “The Day Before Halloween” as a surprise on Oct. 30, 2020. I found “Halloween” fairly underwhelming but admired the sonic palette Ant chose to carry the lyrical themes of the album. 2020 also saw the closure of the Rhymesayers record store “Fifth Element”, a Minneapolis standby since the 90’s.
Coming in at 48 minutes “Word?” seems largely back to basics after a more experimental effort in “Halloween” and it sounds fantastic. Daley sounds fresh for 49, and Davis’ production is quality as usual, and there is a varied cast of collaborators across the album. This includes a posthumous feature from hip hop legend MF DOOM, formerly signed to Rhymesayers.
Slug’s delivery sounds largely the same compared to recent Atmosphere releases, and that’s not really a bad thing. Daley’s very clear and literal style relies on frequent double meanings and a laid back delivery that has made Daley such an endearing figure to his listeners. There isn’t much of an overarching theme to “Word?”, though not necessarily to its detriment. The record as a whole sounds like 14 pretty polished Atmosphere tracks with Daley and Davis in good form as a duo.
Davis’ production continues to impress, sounding fresh on the entire album despite a 25 year career as a DJ. I love the driving timpani on “Something”, placed in counterpoint to the sweet melodic vocal sample.
The beats largely reside in Daley’s sweet spot in the 80 to 90 beats per minute range, punctuated with a few looped samples for flavor.
There are some true highlights on the album within the extensive Atmosphere catalog. “Strung” with Musab sounds

like a modern rendition of a “MM…FOOD” track as Daley reminisces about his addictive personality transitioning from alcoholism to food. It’s a fantastic and concise track that shows a lot of growth from Daley. It’s one of the best examples of aging gracefully in hip hop I’ve heard in a long time.
“Sleepless” features classic atmosphere elements of dusty piano sampling with a newly revamped modern drum kit. It’s one foot in the present and one in the past from Davis as a producer, and it sounds fantastic.
“Nekst” is a marked lowlight of the album, and one of the only real misses in the tracklisting. Over a unique and layered guitar beat, Daley fails to deliver anything clever and relies on largely the same rhyme scheme for the entire 3:20 track, with only one verse and an extended hook capped with an interesting but insubstantial sample.
“Barcade” is impossible to overlook in the tracklisting. Aesop Rock and MF DOOM are two of the most talented lyricists to rap and to hear them paired is amazing.
As a whole, “Word?” is a great listen for an Atmosphere fan or any Minnesota hip hop listener, but it does definitely show its age stylistically. The beats are great but they aren’t flashy, and the performances rely heavily on their lyrical content rather than performative energy. A few songs don’t quite connect, but they are outliers in generally a very well done album. I rate “Word?” 3.5 of 5 stars.