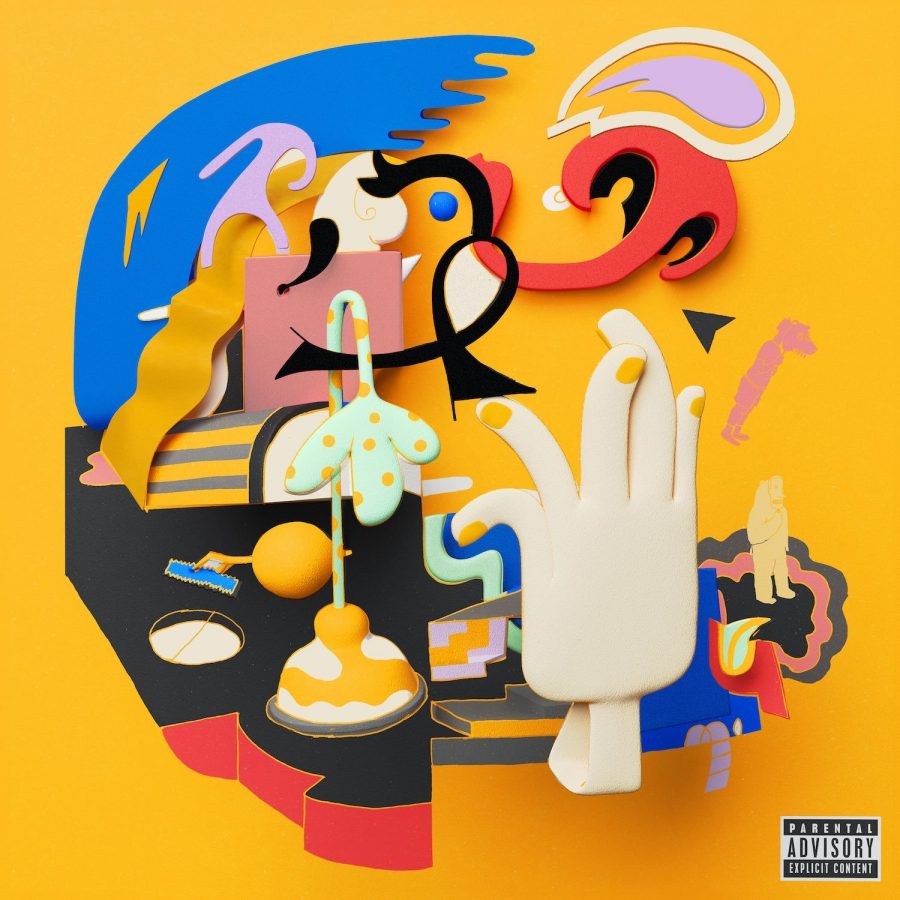 Mac Miller is one of the great tragic figures of hip hop. Born Malcom James McCormick, in Pennsylvania, McCormick was raised in Pittsburgh, started rapping at 14 and released his first mixtape at 15 as Easy Mac. In 2009, McCormick adopted the moniker “Mac Miller” and signed to Rostrum Records in 2010. McCormick was named an XXL freshman in 2011, and earned his first Billboard charting with the track “Donald Trump,” in the same year, later releasing his debut album “Blue Slide Park” in November, debuting at the top of the Billboard 200 and certifying gold. After several ancillary projects and mixtapes, McCormick released his second album “Watching Movies with the Sound Off” in 2013, debuting a new sound infused with psychedelia and experimental production and peaking at 3rd on the billboard charts.
After this release, McCormick switched labels to Warner Bros, releasing the subject of this review, the mixtape “Faces” in May 2014. McCormick released his major label debut “GO:OD AM” in 2015, with the lead single “Weekend” going platinum. McCormick followed this effort with “The Divine Feminine”, dedicated to then-girlfriend Ariana Grande. After the couple’s breakup and McCormick’s subsequent DUI, McCormick released “Swimming” in 2018, one of my favorite releases that year. McCormick died of an overdose Sept. 7, 2018, leaving behind a legacy at 26 few artists can match. The posthumous release “Circles” was released by McCormick’s estate in January 2020.
Faces received a full streaming release on October 15, 2021. In my view, “Faces” is McCormick’s lyrically magnum opus, with “Swimming” being his peak stylistically striking a line between singing and rapping. Stretching 25 tracks and 91 minutes “Faces” spans a full gamut of emotions from triumph, to isolation and emotional loss. Features from Schoolboy Q, Earl Sweatshirt, Rick Ross, and Vince Staples demonstrate the breadth of respect McCormick demanded from his peers all across hip hop and punctuate the main themes of “Faces.”
Lyrically, “Faces” oscillates between a wild party and dark alienation, both fostered by McCormick’s developing substance abuse. McCormick consistently strikes a line between brash victor and aware addict, and the tension between these two all over the album is poignant and both beautiful and frightening to listen to. McCormick’s mentions of Jesus, the devil, life and death, the afterlife, rapture, suicide, and addiction are present in even the most upbeat tracks on this album.
The beats on “Faces” are colorful, alternating between hypnotic and bustling as the emotional tone of the tracks suit. McCormick handles production for a majority under the alias Larry Fisherman, with some tracks being produced by Thundercat or Earl Sweatshirt under his production alias “randomblackdude.”
After a triumphant horn driven intro, “Faces” immediately dips into its emotional lows, which to me, are artistic highs. “Friends’’ is one of my all time favorite tracks, delivering a terse performance over a smooth nu-jazz beat. The juxtaposition of the very relaxed baseline over McCormick’s subject matter creates a hypnotic tension I find entrancing.
Immediately after this low comes another high in “Angel Dust” detailing McCormick waking up hungover and immediately continuing the cycle of addiction through a wild day eventually culminating in another sonic and lyrical crash, continued into the track “Malibu.” Inspired by McCormick’s stay at Rick Rubin’s Malibu house as a drug intervention, Malibu features over haunting synths and booming drums, McCormick prophetically waxes “I might die before I detox” as he details the self-destructive behavior he is immersed in.
This cycle repeats itself continually all over “Faces,” in both its carefree craziness and haunting clarity. It’s the musical equivalent of gallows humor, and along with being musically groovy and detailed, it’s lyrically thought provoking and punctuated by a huge variety of moods and great features.
Earl Sweatshirt’s feature on “Polo Jeans” is one such highlight. Sweatshirt delivers a classic verse that suits the dark sonic gloom of the track with a brooding expression of frustration that also displays a fantastic sense of breath control and a high level of technical rapping ability. He perfectly counterpoints McCormick’s light hearted self deprecation with his
open anger.
One of the few detractions I can make of this album is the length and some of McCormick’s lyrics. At 91 minutes, some of the tracks can blend into each other into an amorphous mass, but none of them seem sonically disconnected.
Furthermore, McCormick occasionally comes off very lyrically immature on some of the tracks, one of my major criticisms of his previous efforts. While his boyish and braggadocio personality tends to be charming for a majority of “Faces” there are a few eye-rollers and eye raisers, especially about objectifying women, on the album some might find less forgivable.
One aspect of the new spotify re-release of “Faces,” is that some samples seem rather modified in order to clear the release. Some of the tracks also seem like they have added background voices I find distracting that I didn’t previously notice on the original mixtape. It’s a small price to pay, but for listeners of the original tape it might be a bit off putting.
As a whole, I loved this mixtape and I love it as an album. It’s a beautiful, tragic portrait of an artist we lost far too soon. The detractions I have are relatively insignificant in light of just how great some of the individual moments of this album are. I rate “Faces” by Mac Miller 4.5 out of 5 stars.