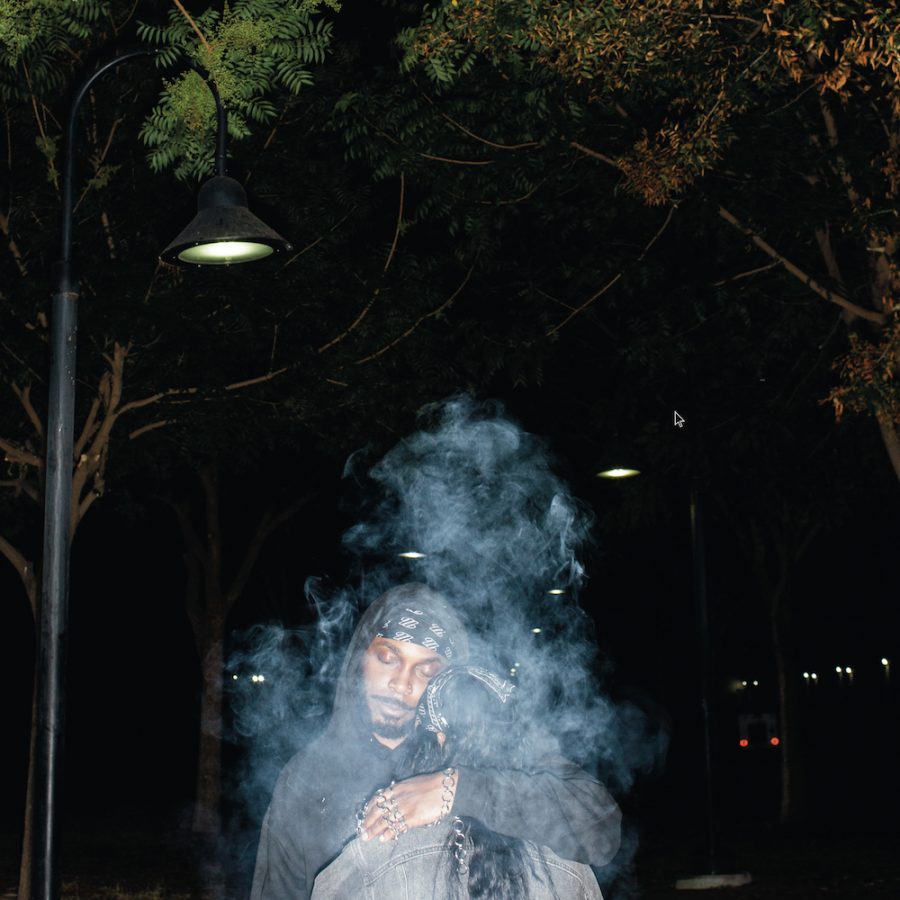 Barrington Hendricks, better known as JPEGMafia, is a Brooklyn based rapper and producer known for his abrasive, experimental and aggressive approach to hip hop music. Hendricks first began making music in 2015 under the name Devon Hendryx in Japan during a stint in the military, with his mixtape “Communist Slow Jams.”

2019 saw the release of Hendricks’ third album “All My Heroes Are Cornballs” which I found underwhelming despite some highlights, particularly in its production. 2020 saw the release of “EP!” a collection of loose tracks, followed up by “EP2!”in 2021.

“LP!” released Oct. 21, 2021. “LP!” is largely similar to Hendrick’s previous works stylistically, with heavily modulated and distorted beats, vocals and rapping all over the 18 tracks.

The page ends with a farewell from Hendricks’ noting, “My time in the music industry is over because I refuse to be disrespected by people who aren’t respectably in the first place.”

For this review, I will be reviewing the “Online” edition of this album, but if you’re a JPEGMafia fan I’d recommend checking out both editions.

The first portion of “LP!” is five short sonic portraits that, despite great production, lack enough time to leave a real impression on me. They’re all really single verse and chorus demos that lack staying power long term. While the performance on “WHAT KIND OF RAPPIN’ IS THIS?” is impressive, it lacks an accompanying track to concrete its impact.

After these tracks, the album picks up both in length and quality.

“REBOUND!” includes one of the album’s sole features, DATPIFFMAFIA over a distorted horn beat that sounds simultaneously baroque and haunting.

“OG!” features a clever sample and remodeling of a DMX track that deserved more attention than the sub 2-minute treatment it ended up receiving, but displays a different rhythmic cadence from Hendricks on a more old school beat. The middle section of “LP!”does feature some fantastic militaristic passages, on “NICE!”, “BMT!” (short for basic military training) including call and response chanting, rhythmic marching and other sonic elements, creating literal “drill” rap. It is another unique characteristic of Hendricks’ style that hearkens back to his time in the military and I’d love to see more experimentation with it in the future.

Lyrically, this is middle of the field for Hendricks, covering largely the same lyrical territory; drugs, sex and anger at the rap industry. His delivery maintains the aggressive, varied tone from his previous albums.

From a production angle, Hendricks is in top notch form, continuing to push the envelope in a variety of ways. “SICK, NERVOUS & BROKE” has a great variety of different production tricks, ending seamlessly in a beautiful piano acoustic duet of the original melody. The percussion over “LP!” is continuously left field and experimental and a real delight and sometimes outshines Hendricks lyrically, though not necessarily to the overall musical detriment of the album.

As a whole, I’m rather nonplussed with “LP!”. It feels a bit watered down and really suffers from some filler tracks. I expect that the offline version will be more palpable for hardcore listeners. Regardless, I do think there are some cool performances and great beats all over this album that make it worth a listen regardless. I rate “LP!” 3.5 out of 5 stars.