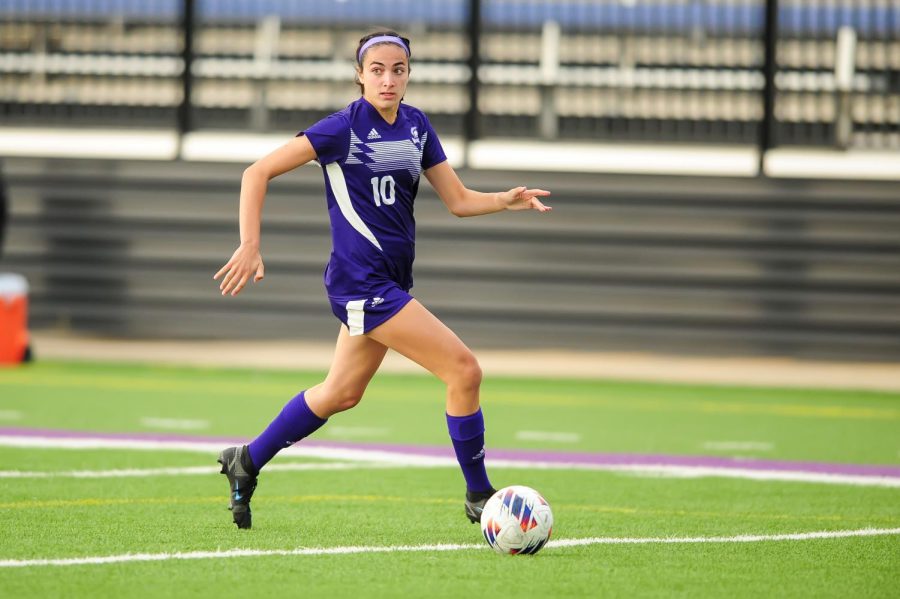 Women's Soccer goes into the upcoming weekend with a record of 3-1-1. After a victory against the University of Sioux Falls and a draw against Southwest Minnesota State University, they head into the weekend hoping to continue their strong results.

3-1 is a drastic improvement from last year’s losing season for Women’s Soccer. Conference games began on a strong note this Friday with a win against University of Sioux Falls followed by a tie against Southwest Minnesota State University this afternoon.

“Going into the game knowing we’re going to win, almost, and knowing that we’re going to score,” Ashley Hewitt said about the team’s different approach this season. “And so that’s how I kind of see the momentum keep going, as we keep having this mindset of we’re going to be 3-0, 4-0, 5-0.”

On Friday, the team arrived at University of Sioux Falls with a slow start and a scoreless first half until the 73rd minute.

Altogether, the Warriors had six shots on goal that were blocked by Sioux Falls’ Chloe Swanson who moved to 3-0 for the season so far.

Jaida Wiege scored with an assist from Hannah Dunlavy for her second goal of the season and sixth of her career.

The win comes after a 2-0 loss against the Coyotes at Maxwell Field last season.

Wiege continued her hot streak with a goal during Sunday’s game against Southwest Minnesota State as well.

This came after a score from the Mustangs, causing Wiege’s goal to make an even score for a tie game.

The team now sits at 3-1-1 overall and 1-0-1 in conference games. The Warrior’s next game is on Friday at St. Cloud State University, who they lost to in the 2021 season.