In the peanut gallery… 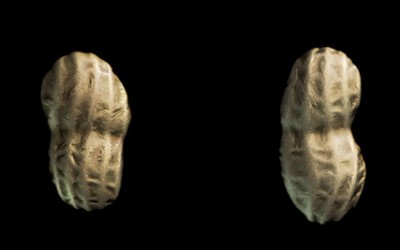 Each week sports reporters Matthew Lambert and Sam Thiel will face off on a hot topic in sports. The world of sports is changing quickly and constantly, but we want to slow it down and take a better look at the juiciest gossip, scandal, rumor or issue that is making headlines this week. Lambert and Thiel will take different sides and battle it out, telling you why you they are right.

This week’s topic: NFL mid-season: Who will win the Super Bowl?

The NFL has reached the mid-season mark and three teams are currently undefeated: the New England Patriots, Cincinnati Bengals and Carolina Panthers. This week, Matthew Lambert and Sam Thiel voice their opinions about which team will raise the Vince Lombardi trophy in February. Let’s talk about it… (Recap by Sam Thiel)

This season has been crazy, as far as predicting a Super Bowl champion goes in the NFL. One week the Green Bay Packers are going to win it, but then they lose to a faulty offense led by someone old enough to be my father. The Cincinnati Bengals look incredible, but I’m not totally convinced their team can win.

So who is left to choose from? Do we trust the Jets? The Panthers? Dare I say, the Raiders? It’s fun to pick upsets, but dynasties are dynasties for a reason. The Patriots will be back-to-back champions this season and it all has to deal with Captain America: Tom Brady.

I’m wondering if Deflategate was real or just some ploy someone in the Patriots organization did to make Brady so angry he goes from being great to the greatest quarterback ever. Brady is playing like a man possessed, throwing 20 touchdowns and one interception in seven games. That’s 2007 Brady all over again!

The Patriots defense has improved, even though they lost Darrelle Revis and Brandon Browner. Rob Gronkowski is slipping into the 2007 Randy Moss freak area and they have a running game featuring a guy who punched another guy in college and a guy who was out of the league for three years.

It’s either black magic or Bill Belichick is a Jedi master or a Sith lord. Either way, the Patriots should not be taken lightly. Look at their division. Are you really worried about the AFC East quarterbacks overthrowing Captain America? No way.

The Patriots will get the top seed in the playoffs and there is not a team that could possibly beat them in Foxborough.

I really don’t care for the Patriots. I loathe their existence and their ridiculous fair-weather fans. I love when the Patriots lose, but I respect them. Plus, if they won, the NFL’s logo might have to change to those terrible courtroom sketches of Tom Brady. Just out of respect.

Look! Up in the sky! It’s a bird! It’s a plane! It’s Superman and the Carolina Panthers!

The NFC Conference has been a wild ride all season with the New York Giants leading the NFC East division with just a 5-4 record and two teams currently tied for first place in the NFC North in the Minnesota Vikings and the Green Bay Packers.

But there is one team that has been the most consistent this season and that is the Panthers, thus being my choice to win the Super Bowl next February.

Although their wins have not come in the prettiest fashion, the Panthers have still found a way to win football games. Carolina has only surpassed the 30-point mark once this season and their average win margin has been just seven points.

But a win is a win, no matter how beautiful it looks.

Second, Cam Newton has been inconsistent but somehow, at the same time, a clutch player when the moment comes. The fifth-year quarterback has passed for 1,820 yards and 14 touchdowns, almost surpassing his entire total of 18 from last season in half of the games. He had a rough couple of games in Weeks 6 and 7, tossing five interceptions and just two touchdowns. But he rebounded last week against Green Bay, as the 26-year-old threw three touchdowns and just one pick.

Finally, their defense has slowly improved and become a quiet force in the NFC. The Panthers have allowed 20.6 points per game this season, earning an eleventh place ranking in team defense. Led by Luke Kuechly and Thomas Davis, Carolina has played nothing but gritty, hard-nosed football on the defensive end and their statistics have shown just that.

Tom Brady may be considered “Captain America” but when your quarterback’s nickname is actually “Superman,” there’s nothing stopping you.