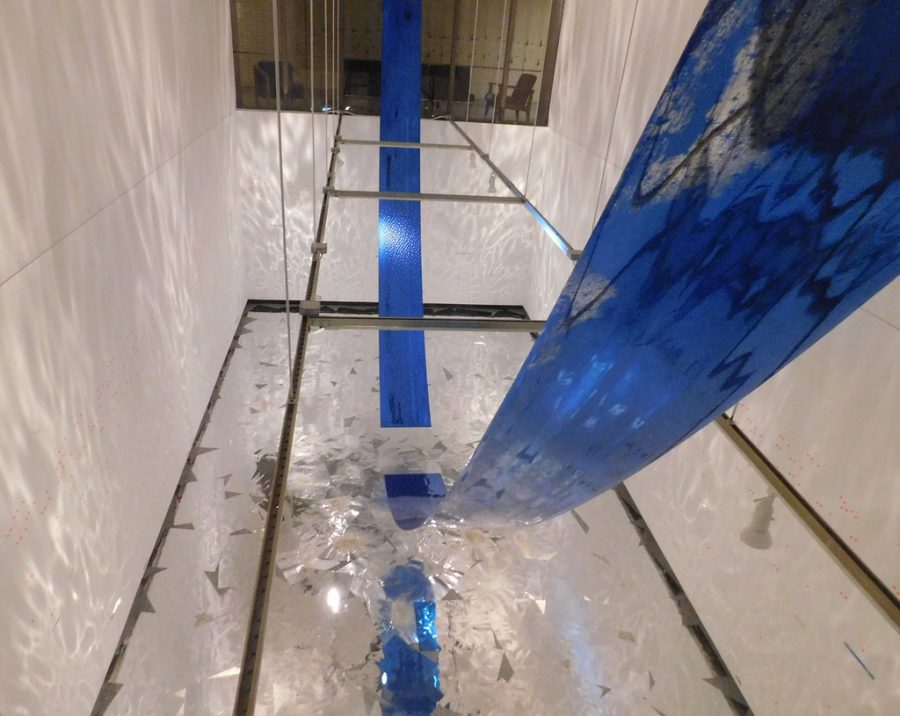 "The Sheer Absoluteness of Being" is an art exhibit by artist Charles Lume on display in the Watkins Gallery from Aug. 27-Sept. 18. Lume will be holding a talk on the exhibit on Thursday, Sept. 6 from 4-5 p.m. in Stark 103.

The Art and Design department is hosting an exhibition called “The Sheer Aboutlessness of Being” by Charles Lume from Aug. 27-Sept. 18 in Watkins Hall.

Lume is a visual artist whose art is focused on the engagement of light and materials.

“I make ephemeral, light installations that use mundane materials as one of its catalyst,” Lume said.

Lume is currently an art professor at the University of Wisconsin-Stout, where he teaches painting, drawing and aesthetics. He introduced his work and experiences with students and faculty at Winona State, talking about his journey with “The Sheer Aboutlessness of Being” and detailing his exhibitions journey and message.

His work has been inspired by poetry and his mentor Gustaf Sobin.

During his residency in rural Sweden, he was inspired to make a book. Working in one of his studios he came across natural light hitting hologram paper and creating a pattern unknown to him.

“I don’t know what this is, it is a phenomenon,” Lume said, when describing one of his first pieces. “I’m interested in it; I don’t have language for it. I’m working on it because it’s engaging to me, so I need to pay attention.”

Not knowing what he was working towards, besides his book, Lume realized that light wasn’t always going to work how he planned it. Yet in another exhibition of his, he recalled how he did not know what he was doing until he got into the space where he had to put his pieces.

“I especially just try to play, with no agenda and no judgment, trying to see what happens,” Lume said.

With no set agenda, besides a visual curiosity sparking his work into action the Watkins Gallery holds a piece that will never be shown again.

“I didn’t know where the blue paper was going to go, I just wanted it. The materials came together into a language that I have to interpret,” Lume said.

“The first time I saw it was from above and it made me think of a waterfall. The room was a great optical illusion,” Stemper said.

Lume has restricted the area from the public, also placing a large white wall in front of the main entrance of the gallery. He said he wanted the piece to be remembered in a mixture of second and third dimension. Due to Watkins Gallery second floor accessibility, the piece can be seen differently from a variety of angles.

Nate Bauman, a manager and curator at Outpost Winona and fellow admirer of Lume, was shocked when he first saw it.

“Seeing it encapsulated, blocked off from the public, it was different from his past work. It is such a bold move, very bold as a whole,” Bauman said.