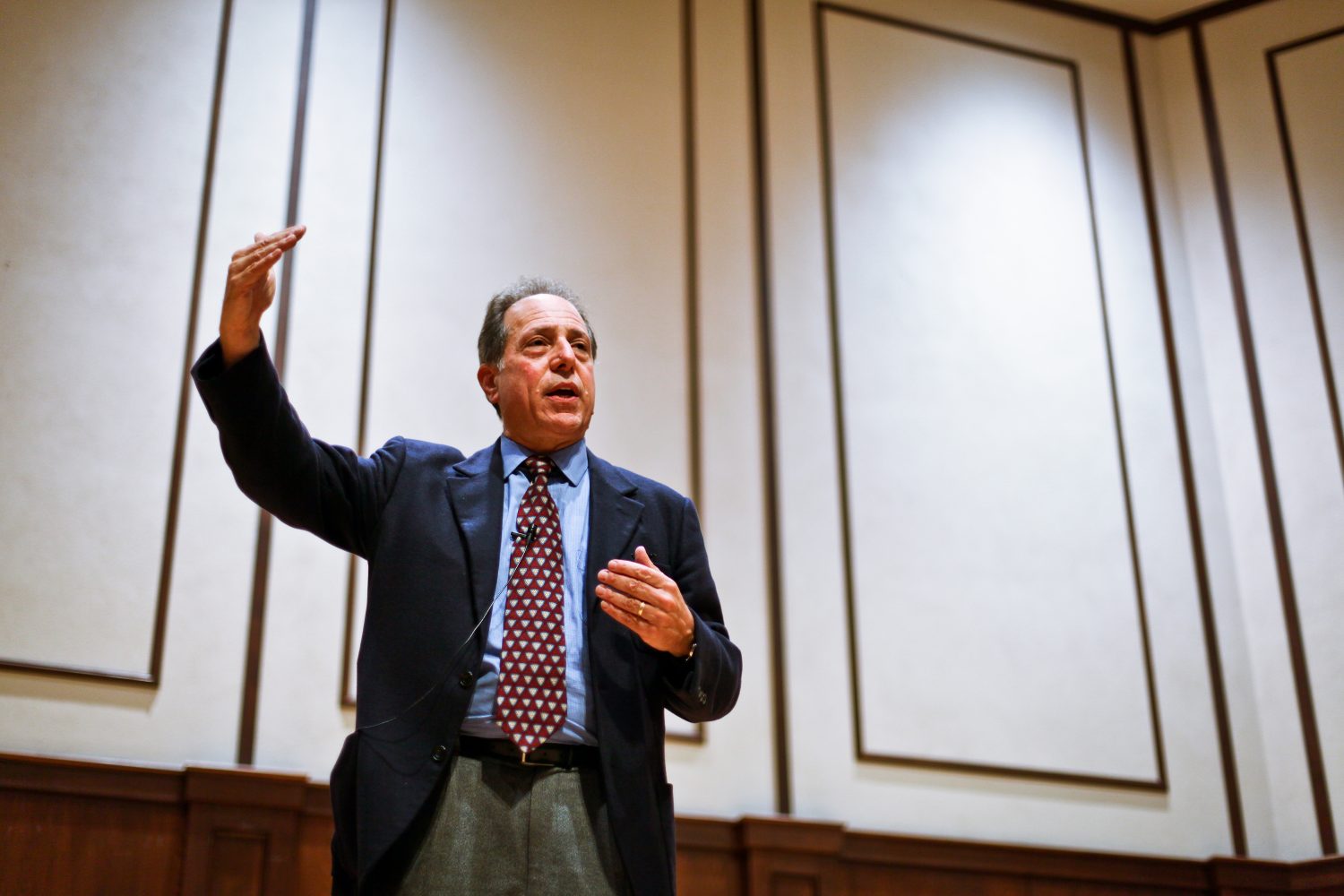 Kimmel is the author of “Guyland: The Perilous World Where Boys Become Men,” this year’s common book at Winona State University.

Kimmel began by saying that when children are 10 or 11 years old, their parents are saying things like, “They are growing up so fast.”

When children reach college age, however, that rapid growth seems to stagnate, according to Kimmel. “Thirty is the new twenty,” Kimmel said.

Until the turn of the twentieth century, many children in the United States became adults at the age of twelve, taking up farm work or entering an apprenticeship. Then high school extended childhood to eighteen, Kimmel said.

Now, society has extended this period even farther.  “There’s a new stage of development,” Kimmel said, “and there’s nothing we can do about it. It’s not going away.”

Kimmel recounted his own college days, during which he and his fellow students were subjected to a great deal more surveillance.

Kimmel, 61, went on to describe a burgeoning parental style that he blames for many of “Guyland’s” uglier truths: helicopter parenting, or, as it’s referred to in Sweden, “The curling parent. “ What’s curling?

“It’s a game they have where a puck is gently pushed down an ice rink and the player brushes the ice in the puck’s path to give it absolutely the smoothest track to slide in possible,” he said.

Kimmel said helicopter and curling parents drive their children to and from school and extracurricular activities, filling up every spare moment of their children’s days to the point that when children graduate from high school and go to college, children are left unprepared for the staggering level of freedom they now have.

Kimmel chose to title the book “Guyland” because in this climate of “girls gone wild” and guys doing the same, the guys reap all the benefits, Kimmel said.

“Women’s lives have changed in four fundamental ways over the past forty years,” Kimmel said.  Women have succeeded in making gender visible, have entered the workplace, want to balance having a career and a family, and have attained the same sexual rights as men.

One of Kimmel’s main points in writing “Guyland,” however, is that these last two phenomena have only come to pass part-way.

“Women can’t have it all,” Kimmel said, “because men do.”

While women have made enormous strides in achieving gender equality, the gap between what men and women are able to get away with socially and sexually is still very wide. According to Kimmel, women remain compliant with men’s view of femininity.

For many of the 18-26-year old men Kimmel interviewed on the subject, the overriding mentality was that women have a choice between being “a babe or a b—-.”  If a woman does not dress and act a certain way, these men think, she is not worth interacting with.

Historically and in most other cultures, a boy’s or girl’s coming-of-age is overseen by adults, who are in a way qualified to bestow “manhood” or “womanhood.” Now, boys and girls, in many cases, have only their peers to guide them. Kimmel doesn’t think they’re doing a very good job.

While Kimmel did not reveal a solution to the problem during his lecture, he did offer one specific ray of hope. Kimmel found that young men and women who retain friendships with people of the same sex for a long period of time have a healthier view of their own gender-identity and self-worth than those who don’t.

“Someone with at least one long-term, non-romantic friendship with someone of the opposite sex is even better off,” Kimmel said.

Copies of “Guyland” are available for purchase in the Winona State University Bookstore.