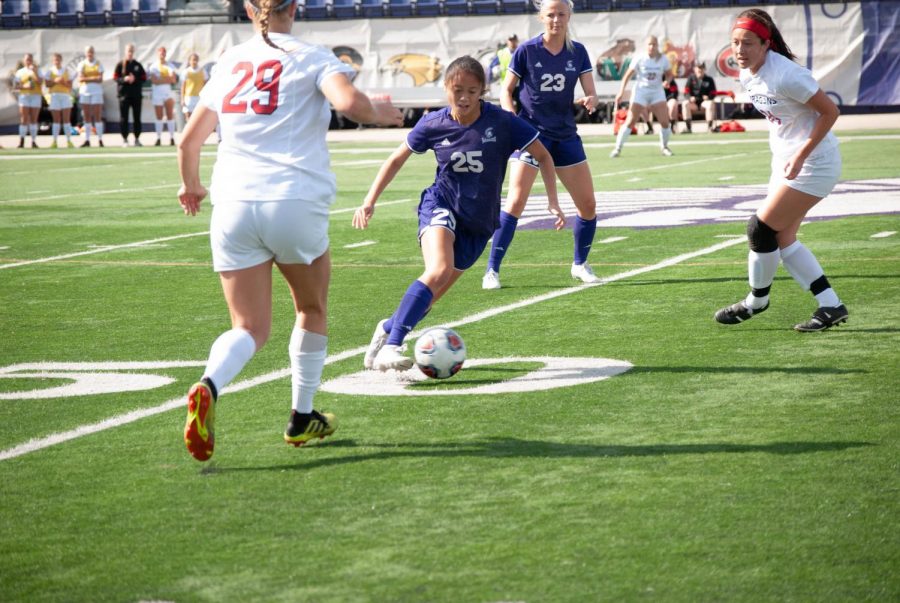 The team’s first game was Friday, Oct. 4 against Northern State University, where they won 2-0.

According to Head Coach Matt Kellogg, the team did well in figuring out Northern State’s playing style.

He said on film Northern State was showing a few different styles but the players were able to quickly figure out how they were playing and adjust to it.

In previous interviews, Kellogg and players have said that the team had a mentality issue.

Kellogg said this mentality changed mostly because of the upperclassmen on the team.

“They just kind of rallied the troops if you will,” Kellogg said.

Courtney Wiencek, senior forward, said the captains met with the coaches to see what could change to get going this semester.

“We made some changes during practice and I think it made a really big difference for our team and hopefully we keep rolling going forward,” Wiencek said.

The game was dominated by the Warriors with a total of six shots on goal, while Northern State only had one.

The first goal of the game was scored by junior midfielder Missy Gregor and assisted by senior forward Courtney Wiencek.

The second goal was scored by sophomore Kara Schramel.

Both goals were scored in the first half of the game.

The second game was on Sunday, Oct. 6 against Minnesota State University: Moorhead which the Warriors won 2-0.

The Warriors came out strong, scoring within the first minute of the game with a goal by senior midfielder Kendyl Keay, assisted by senior forward Courtney Wiencek.

“Today’s game went well based off the fact that we scored early and were able to build off our lead and post another shut out this weekend,” Wiencek said.

The second goal was scored in the second half by junior forward Georgette Topalis assisted by first-year forward Ellie Wardell.

The Warriors had four shots on goal while the Dragons had one.

The Moorhead game was also an aggressive one.

“Moorhead is just a physical team in general,” Wiencek said. “Especially toward the end of the game I think it got more aggressive as we were trying to wind the clock down and they were trying to get a goal.”

Next week, the Warriors will return to the road for a game Friday Oct. 11 against Augustana University and then on Sunday verus Wayne State College.