Profile on a third-generation Warrior 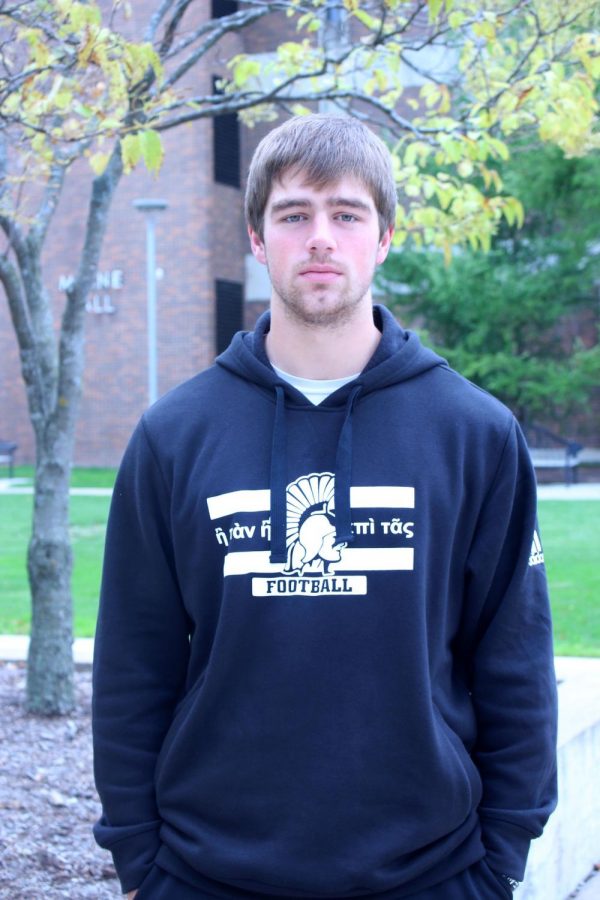 Tyler Anderson, a junior from Forest City, Iowa, is a wide receiver for Winona State University. Anderson is a third generation Warrior.

For every Winona State University student-athlete, there is a sense of home within the campus grounds. However with junior wide receiver Tyler Anderson, the connection runs a little deeper.

“Winona State to me just means a second home, basically, both school-wise and football-wise,” Anderson said. “It’s a place where I have a lot of connections, and feel comfortable here, and feel like I have people around me to support me if I need it, or just be there for me with whatever I need. It’s a place where being away from home isn’t hard for me.”

Not only did both of Anderson’s parents go to Winona State, along with several other family members, but his grandfather, Larry Holstad, served as Winona State’s athletic director from 1997-2012.

Holstad was known for his dedication and determination toward Winona State, undergoing projects such as the Integrated Wellness Complex.

“He’s my grandpa, and just listening to him tell stories and you really understand how hard it can be to get stuff done or make improvements and stuff like that at a university,” Anderson said. “So for a lot of the stuff he did, like for example, building the IWC, stuff like that, that’s, you really appreciate it. And it’s pretty special to see that and know that the person who did that you know so closely. That’s a cool connection.”

Tom Sawyer, the head coach of the football team and somebody who worked closely with Holstad, says he sees some of those qualities in Anderson.

“Well, I think the similarity really is in their work effort,” Sawyer said. “Tyler Anderson is a workaholic. I mean that guy lifts as much as anybody. He does all the things right. He doesn’t get in trouble. His academics are important to him.”

Holstad, like Anderson’s father Chad, were also both members of the Warrior football team.

However, his family was not the reason he chose Winona.

“I always wanted to come here, but I was never going to come here if I felt like the coaches didn’t want me,” Anderson said. “I just wanted to feel wanted and appreciated, so when the coaches made that obvious to me during the recruiting process, it was an easy choice to choose Winona.”

Anderson is hopeful that he can leave behind his own legacy and, right now he’s doing a solid job.

This season he has proven to be a vital part of the team’s offensive success with 11 receptions for 159 yards and one touchdown.

Distinguishing himself as his own individual does not mean he has not used some of the wisdom from his grandfather.

Anderson said that one of the important things he’s learned from Olstad is to “just try to make everything the best it can be.”

“That’s something he told me when I was a lot younger, and I think he’s actually been quoted in a newspaper before saying that,” Anderson said. “But whatever situation it is, whether it’s class, football, life, anything, there’s going to be things that you can’t control, and it’s up to you just to make it the best you can be and just try to.”