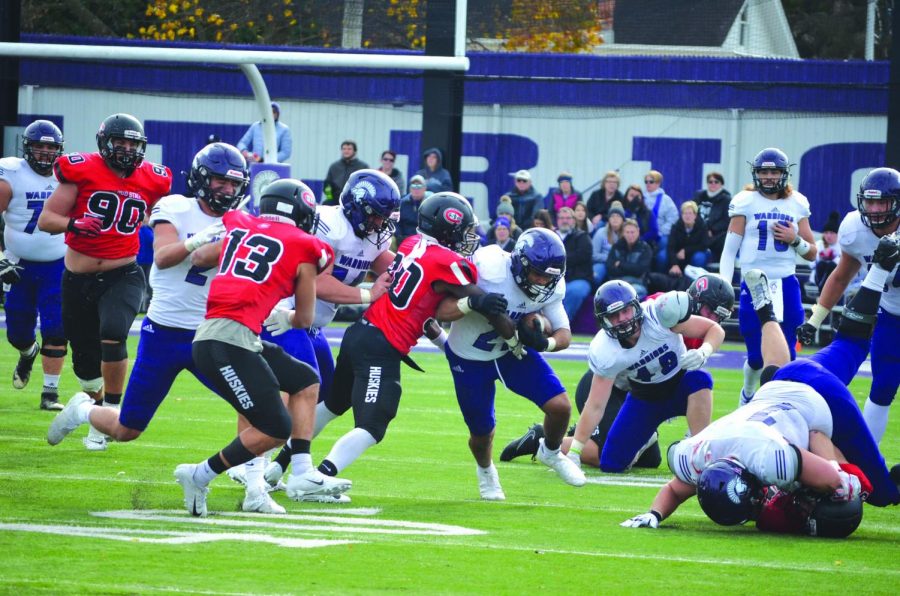 Three days after playing their final game of the season, Winona State University’s football team appeared to be heading into a nice break from the long season. However, an announcement would be in store that would not only affect the team but, the entire Northern Sun Intercollegiate Conference (NSIC).

On Dec. 10, both St. Cloud State University and the University of Minnesota-Crookston announced that they would be cutting their football programs.

While St. Cloud had previous discussions of making the move, the news still came as a surprise for representatives at Winona State. Eric Schoh, Winona State University’s athletic director, was particularly shocked.

“I think like everyone else we were surprised. Additionally, I felt bad that those schools were in a position that they needed to make that move,” Schoh said. “St Cloud looked at dropping football about 10 years ago, but I didn’t know they were again considering it.”

Schoh also noted that prior to the announcement, the NSIC had changed their bylaws for requiring a football team. With the change, he suspected there would be teams dropping.

Head coach of Winona State’s football team, Tom Sawyer, expressed sadness about the schools’ decisions and how it would affect the entire conference.

“Anytime that you’re in sports, like we are, to look at cutting programs like they did to help with budgets is a really tough deal,” Sawyer said. “Now, they’re still in the conference for the sport, but for football, obviously they’re gone and St. Cloud, who was one of the founding members way back in the day, to see that program go down was hard. I felt horrible for their players, there’s 85, 90 guys who got to find a new home, or some choose to stay there and graduate, don’t even play their last year or so.”

It was not just the student-athletes that Sawyercoach expressed empathy for.

Sawyer, who has been head coach since 1996, felt sympathy for the staff members of each school, who he has not only competed against over the last two decades, but who he has also gotten to know over the extended period of time.

“A lot of them are my friends, and I just saw them last weekend and they’re all looking for jobs,” Sawyer said. “So, it’s a huge impact, not only on the players, coaches and so on, but also the community at the university. You know, people like to be at colleges where there’s a football team, so I think it’ll have a significant impact on the enrollment at the university.”

In the aftermath of the news, the question remains about what sort of impact this will have on Winona State moving forward.

The Warriors played St. Cloud this year and played Crookston in 2018. With the two teams now gone it raises questions about future scheduling.

“When you look at that, then it really becomes a problem, because now you’re trying to say, ‘Well, the teams that had six home games last year probably only have five or vice versa.’ Well, we only had five games last year at home, so the preliminary schedule we have is that we do have a sixth home game, so that was huge,” Sawyer said.  “Then you try to look at who’s home and away and when you play, like last year we played Mankato at Mankato. It’s a disadvantage to have to go back and have to play again over there.”

Schoh confirmed to the Winonan that there will be a meeting in the next week between athletic directors and senior woman administrators to determine the 2020 schedule. He is hopeful that the team will keep it’s promised sixth home game, as losing it would have a significant financial impact on the university.

Another impact this event will have on thethat this will have the Warriors is on their roster, as Sawyer confirmed that players will be joining the team from those universities.

However, there is still a big question that still has to be asked

Is this something that Winona State should be worried about? Is football or, any other sport at risk of being cut?

“Winona State University has been experiencing difficult budget times for the past few years, and eliminating sports programs is something that has been looked at,” Schoh said. “President (Scott) Olson and I agree that this is a drastic measure and that we should do everything we can to keep the programs we have. As things stand today, we are not looking at eliminating any sports.”

As far as football is concerned, Sawyer believes that the program has the support from President Olson, but seeing what has happened with St. Cloud and Crookston it does make him nervous.

With all of this mind, Sawyer believes the best thing he can do is stay focused on improving the team, who finished this past regular season with an 8-3 regular season record.

The Warriors fell short of the playoffs but earned a bowl game appearance in the Mineral Water Bowl where they later lost to the University of Nebraska-Kearney, 50-33.

“You know, you can only take care of what’s right in front of you, and I’ve been in this program for a lot of years, so we just keep our foot on the throttle and try to keep building the program as big as we can here.” Sawyer said. “I think that our program is a significant member of this university. I think that we create a great atmosphere around our game days, around the energy around the school, and provide great entertainment for our community, so I think we’re in a real stable place, and that’s what we focus on.”