Interim Dean of the College of Business announced 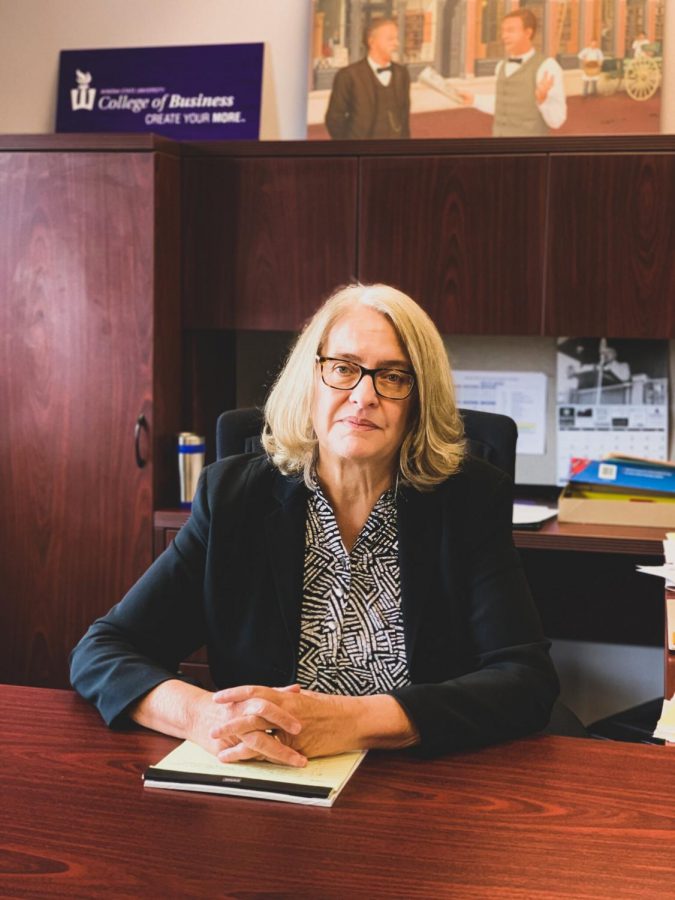 Dr. Marianne Collins, a faculty member of the university’s College of Business for over a decade, was appointed as interim business dean after Dr. Hamid Akbari, chose to leave Winona State. Collins served as chairperson of the department since 2017 prior to her appointment.

Winona State University announced the appointment of new interim dean of the College of Business on Jan. 17.

Dr. Marianne Collins, a faculty member of the university’s College of Business for over a decade, was appointed as interim business dean.

Collins served as chairperson of the department since 2017 prior to her appointment.

Akbari served as dean of business at Winona State for nearly six years after being hired on from Northeastern Illinois University in 2014.

Akbari shared news of his departure over the holidays, initiating the university’s need for a quick turnaround in hiring an interim dean.

Collins was one of eight nominees, according to Ted Reilly, vice president for academic affairs.

“Finding and selecting a dean is a months-long process and we did not have time to hire a permanent dean,” Reilly said. “I offered an interview to every nominee and interested party.”

Reilly said he consulted with President Olson after interviewing seven of the eight nominees, then made the final decision and appointment.

Collins said she does not plan to make major changes to the College of Business in her time as interim dean, noting Akbari’s success and improvements he made during his time as dean.

“I will define my successes [as interim dean] by handing over what [Akbari] had created to the next dean,” Collins said.

Collins said she will focus on staying involved with the community, those in the College of Business and making sure to touch base with their stakeholders.

“My primary goal is to, essentially, keep the ship steady,” said Collins.

Akbari recommended Collins, among a few others, for the position.

Akbari was behind the creation of the business college’s slogan, “Create Your More,” which ultimately led to several awards, banquets and events inspired by the phrase.

Collins was selected as the first-ever “Create Your More” faculty advisor in 2019 by the business students.

Reilly said that the university has begun its search for a permanent business dean.

The school is in the process of working with bargaining units for search committee representation and getting paperwork approved, Reilly said.

There is a “good chance” the university will make a hire by late summer, according to Reilly.

“The college has built itself into an attractive, energetic and engaging place to learn,” Reilly said. “There are a lot of things going on right now which I believe will attract a good pool of candidates.”

Collins officially began her new position as interim dean on Jan. 21 and will continue until June 30, pending the school’s successful search for a permanent dean.

If the university does not make a hire by the end of the summer, Collins will continue as interim dean in the fall.

Collins began working at Winona State in July of 2008, earning her Master of Public Administration (MPA) from Harvard University and her BS from Colorado State University.

After making her way to the Western Wisconsin area for work, Collins came across a job listing at Winona State.

“This opportunity came up, and believe it or not, I actually found it [the Winona State listing] in the Sunday newspaper,” Collins said.

Collins said she deeply identified with the school’s “Community of Learners” slogan, and after working over three decades in the business field, was ready to share her experiences in the classroom.

“I’ve had my titles and accolades, so this is the best part, giving back,” Collins said. “And that’s what I enjoy most: spending time with students.”

Collins said she is not looking to become the permanent dean for the College of Business.

Collins is teaching one class this semester as her new position began after the spring semester had already commenced.

“My role is to just keep things going and to not lose any momentum,” Collins said. “But, I am looking forward to getting back into the classroom [full-time].”